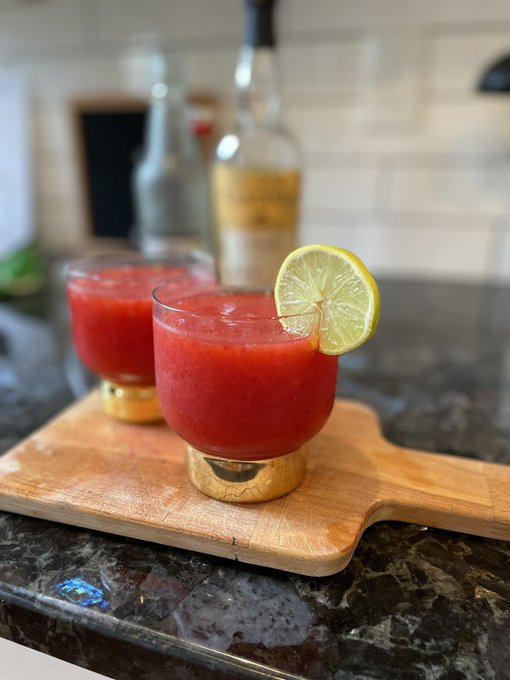 I adapted this recipe from Trader Jane's, a former coworker and a treasure of a tiki blogger. Haley and I taste-tested and added two modifications, since it felt a little too lime-dominated:

(I’m tempted to try and be clever and throw in a coconut rum or something saccharine to get at both birds with one stone, but our rum selection is still getting rebuilt at the moment.)

I’ve got very fond memories of daiquiris: they were my parents’ mainstay during our childhood, and they would serve up a batch of virgin ones as well to placate me and my brother. This recipe, I dare say, is a great deal better than those canned varities, and a nice summer refresher that doesn’t quite deserve the hackneyed reputation it has.